A former call handler who claimed her job left her with chronic hearing damage has won more than £100,000 after a three-year legal battle.
Beverly Thompson, 48, said defective headset equipment provided by the AA led to her developing a range of serious ear problems.

The mum-of-one, who lives with husband Chris, 43, in Leyland, said she developed severe tinnitus, pain in her ears and mild frequency hearing loss because of the headset, which she used in her job as a home-based breakdown call handler.

She was forced to give up her job in 2006 after doctors told her continuing to use a headset could make the damage worse.

But she was celebrating today after the AA settled the case out of court, with a Â£105,000 payout.

She said: “It put a lot of strain on us. My husband is an AA patrolman and, bearing in mind I left the AA under a bit of a cloud, he was working there but he was a witness for me.

“I didn’t really want to go to court. They (her family) are all glad it is over.”

Mrs Thompson started working for the AA in 1978 after leaving school and soon joined the breakdown service as a call handler.

In 2004, she started working from home after the breakdown service moved to a new centre in the West Midlands.

After initially being provided with equipment, it was replaced in November 2005. Shortly after, she started noticing problems.

She said: “In December 2005 I reported the fact that the volume on the phone was too loud. There were people on motorway calls shouting down the phone and I could not turn it down. “I had to wear it round my neck with the loudspeaker on. I reported it to the AA and their answer was ‘We know about it, there’s a solution in place’. “The equipment was never changed. One day in April 2006 I started feeling quite dizzy and I said to my husband ‘I think there’s a hissing noise on this’.”

Her husband said he could hear nothing and it must be damage to her ears. She said her doctor confirmed the damage and Mrs Thompson quit her job. She claimed the AA failed to provide her with safe equipment, failed to act upon reports made by her of the problems she was experiencing and that the equipment had caused hearing damage.

Steven John, solicitor at London and South East-based Penningtons, who represented Mrs Thompson, said: “The evidence in support of Mrs Thompson’s case was clear. She had frequently reported her difficulties with the equipment and the medical evidence supported her assertion that the defective equipment was the cause of her injuries.”

A spokesman for the AA said: “The AA has recently been involved with a personal injury claim with Mrs Thompson which was resolved with no admission of liability during a mediation meeting. “All of our equipment conforms to the relevant standards and is regularly monitored by our health and safety department.

“This was a one-off, complex case with a unique set of circumstances.” 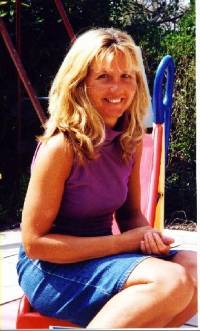