Sean Ryder founded WFC Service Centre in Norwich during 2002 and has steadily built it into a thriving automotive service centre that offers a wide range of services including vehicle maintenance, repair, MOT and breakdown recovery.

Sean has 3 breakdown vehicles and a service van to handle the work of his private customers and those that come to him via motoring organisations.

Recently he found that he needed another light vehicle and started to look for a used 3.5t beavertail which would handle most of the vehicles they have to move as well as being relatively economic to operate.

He had previously dealt with Recovery World and so he rang Mac Engledew to ask him about vehicle availability. Sean said “Mac was so easy to deal with and when I had explained what I wanted he was able to quickly give me a quote for both a used and a new vehicle. I was surprised that the cost of the new vehicle was not that much more than the used one and when I looked at the cost over 10 years it was only £40 a week. When I realised that, it was a no brainer to go for the new vehicle which as well as being in showroom condition would also be initially covered by warranty.”

Mac Engledew at Recovery World said “The 3.5t beavertail is a very popular and economical vehicle that fulfills the requirements of a wide range of companies that need to move vehicles. When Sean called me and said he needed another vehicle it seemed to make sense that if he wanted to keep it then starting with a new vehicle would be the best way forward and we were delighted to supply it for him”. 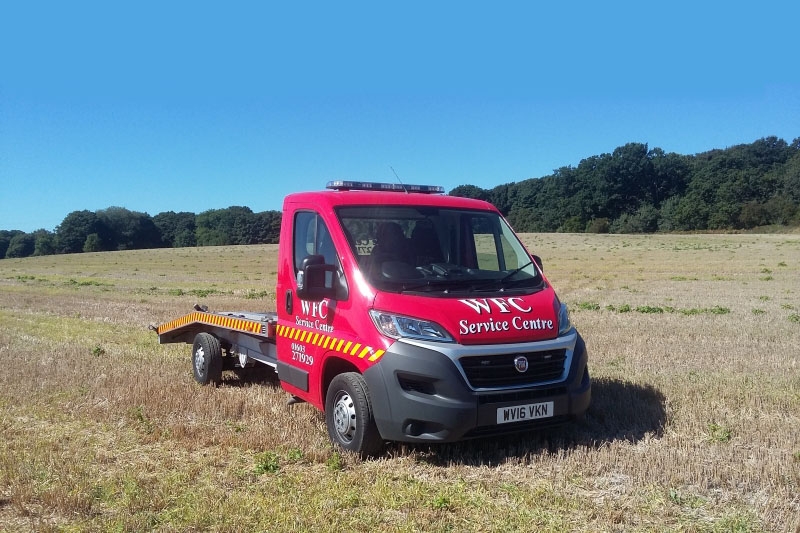